Sonic8 Limited are proud to announce the release of iLok2 the new version of the iLok.

iLok2 is smaller than the original iLok. It’s shiny, sleek, and black with a bright blue LED band that lights up when it is plugged in to a working USB port. It’s stronger, more durable, and typically holds over 5 times the licenses. If you’re more into form factor, it’s shiny and has a cool blue light! 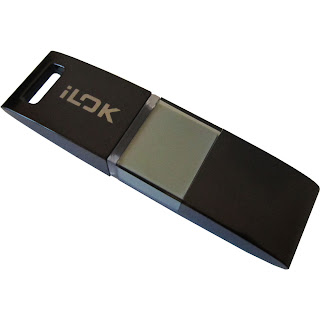 iLok2 was designed to meet the increasingly sophisticated demands of both users and software publishers and has addressed issues raised by users to create the ultimate in copy protection.

The iLok2 typically holds over 500 licenses but depending on the type of licenses you own, the iLok2 may hold far more. With this increase in capacity, you can carry more licenses with you than ever before.

With iLok2 you can have both original iLoks and iLok2’s in your account (at www.iLok.com) at the same time. The new version is backward-compatible with the original iLok, the only exception is the discontinued License Card slot. You can download new licenses and move licenses between iLoks of either type registered to your account using iLok.com's Move Licenses utility. You can also transfer licenses from either type of iLok to a different iLok.com account using the Transfer Licenses utility, subject to software publisher restrictions.

iLok2 can be protected with Zero Downtime protection just like the original iLok. 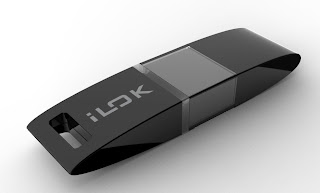 iLok2 features:
• Typically 5 times the number of licenses of the original iLok.
• A smaller size (as requested by users), iLoks can now be inserted side by side in adjacent USB ports.
• Even tougher construction.
• Customization. You can add your own custom labelling underneath a protective sleeve. Add stickers, photos etc. It’s your iLok, customize it! You can download templates to make your own custom labels from iLok.com

iLok2 represents a significant step forward in protection for software licenses and is now even more portable, convenient and durable than ever before.

Sonic8 Limited are proud to announce that we've recently been appointed distributor of the Gen16 range of products by Zildjian.
Gen16 is the home of the most groundbreaking acoustic-electric percussion products – advanced music and sound technologies that enhance the quality of musicians' life through better performance, recording, and teaching tools. 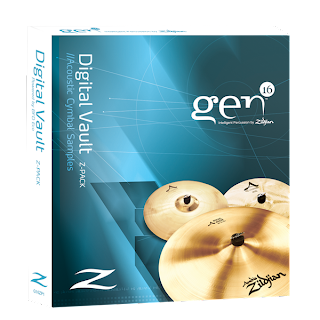 Gen16's Intelligent Percussion is a new generation of tools and technologies. Gen16 users include not just drummers and percussionists, but also artists and musicians, producers and engineers, educators, students and hobbyists. Gen16 Intelligent Percussion is equally at home in live performance, recording and project studios, film and TV composition, houses of worship and other multi-media oriented fields.

For more information on the available products check out the Gen16 page at www.sonic8.com

Sonic8 Limited provided the prizes for the Raffle at the Music Producers Guild AGM this year.

The winners walked away with Synth Squad and BFD2 with B.O.M.B. from FXpansion. Along with quality products from other manufacturers. 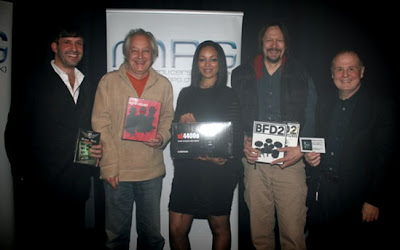 From left to right the raffle winners were...

We wish all the winners the very best and hope that Tony who won the Synth Squad (and has worked with AC/DC, Led Zeppelin and Bob Marley) and Paul who won the BFD's can make good use of them on their next productions.
Posted by Sonic8 at 14:34 No comments:

Here at Sonic8 we like superb products and we like to think we've got a fair few.. We uses them and abuse them just to see what they can do.

Every now and then a product comes along that makes us stand back and say "WOW!" MicMod EFX is one of those products... 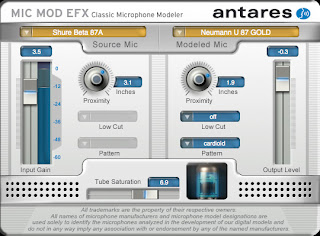 If you've no idea what Mic Mod is then here's the lowdown:

In essence if you've ever wished for an extensive collection of exotic mics but shuddered at the cost, then Mic Mod EFX is the plug-in for you as it can make the mics you own can sound like the mics you wish you owned!

Mic Mod EFX uses Anatres' Spectral Shaping Tool technology, they've've created precise digital models of over 120 mics, including a wide variety of desireable classic and exotic microphones. Just tell Mic Mod EFX what microphone you are actually using and what microphone you'd like it to sound like and boom! Instant classic! It's as simple as that.

For more detailed information on what it can do check out the Mic Mod EFX page on our website. Or get over to your local Antares Dealer

The "Don't Sue Us!" Disclaimer: All trademarks are the property of their respective owners. The manufacturer names and model designations are used solely to identify the microphones analyzed in the development of our digital models and do not in any way imply any association with or endorsement by any of the named manufacturers. This product is not guaranteed to produce, and will not necessarily produce, audio results that are consistent with or match audio results that could be achieved using any of the referenced microphone models.
Posted by Sonic8 at 12:12 No comments: